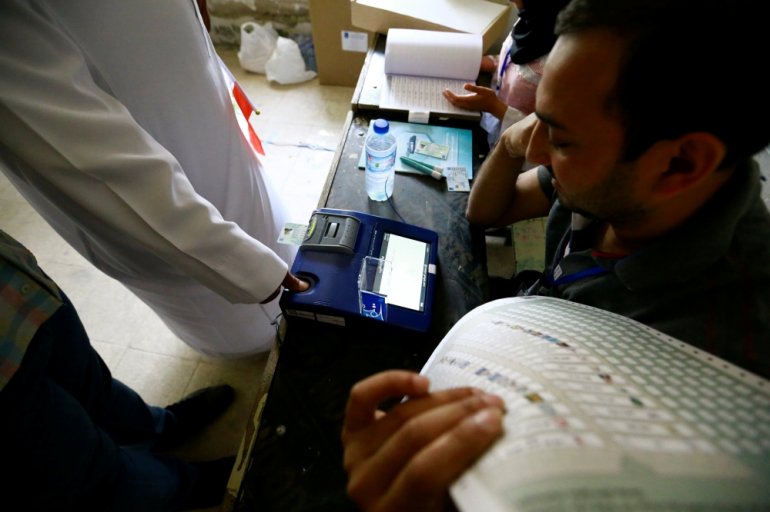 An Iraqi man casts his vote at a polling station during the parliamentary election in the Sadr city district of Baghdad, Iraq May 12, 2018. REUTERS/Thaier al-Sudani

BAGHDAD/KIRKUK, Iraq, Iraqis began voting in the first parliamentary election on Saturday since defeating Islamic State, but few people expect its new leaders to deliver the stability and economic prosperity that have long been promised.