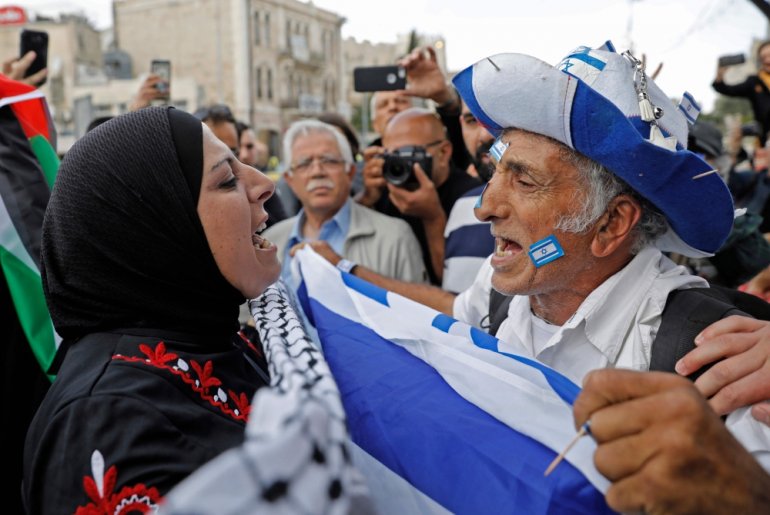 An Israeli man confronts a Palestinian woman at Damascus gate in Jerusalem on May 13, 2018, as Israeli nationalist settlers celebrate the Jerusalem Day in the Old City. AFP / Menahem Kahana

Jerusalem:  Israelis basked in national pride and pro-American fervour on Sunday as tens of thousands participated in a Jerusalem march, a day ahead of the controversial US embassy move to the disputed city.

Palestinians meanwhile readied for their own protests on Monday over the embassy’s inauguration, including another mass demonstration in the Gaza Strip near the border with Israel.