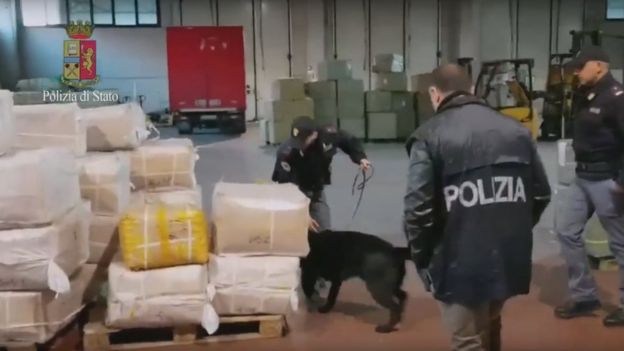 Thirty-three people have been arrested in Italy on suspicion of being members of the Chinese mafia, police say.

The early morning raids targeted a group accused of controlling the transport across Europe of products made in China and by Chinese in Italy.