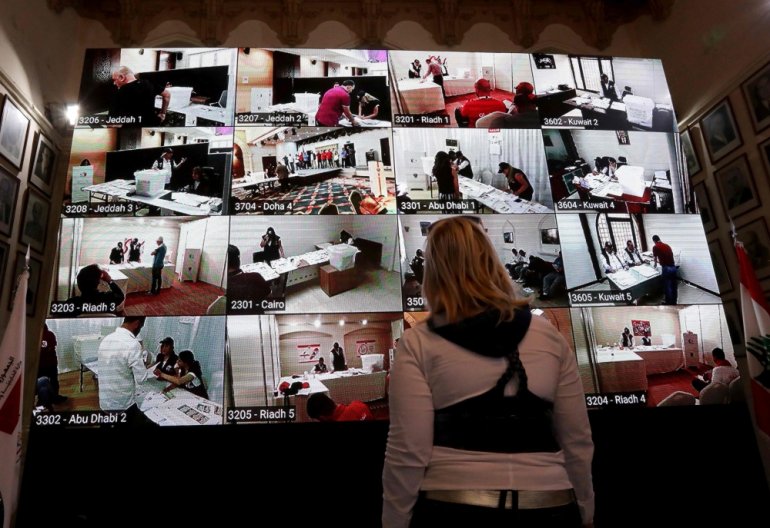 Screens bearing images of embassies around the Middle East are seen at the Ministry of Foreign Affairs in Beirut as members of the electoral commission monitor the electoral process as Lebanese expats start voting in the Lebanese parliamentary elections on April 27, 2018. The 12,611 Lebanese voters registered in the Middle East will be the first to cast ballots for the 128 seats in Lebanon’s parliament. AFP / Anwar Amro

BEIRUT:  Lebanese expats cast ballots in six Arab countries in the region on Friday, ahead of their country’s first parliamentary elections in nearly a decade, due on May 6.