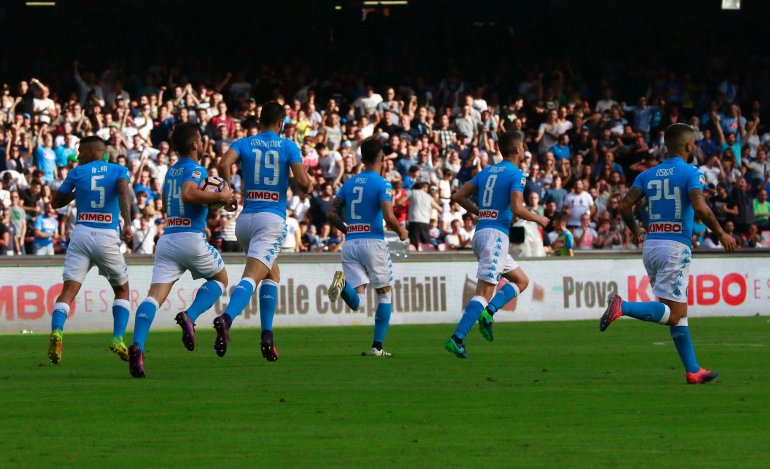 Napoli’s players celebrate after a goal by defender Kalidou Koulibaly during the Italian Serie A football match SSC Napoli vs AS Roma on October 15, 2016 at the San Paolo stadium in Naples. (AFP / CARLO HERMANN)

Napoli could become the first team in Champions League history to qualify from their group after only three games on Wednesday, providing welcome relief from their recent troubles.