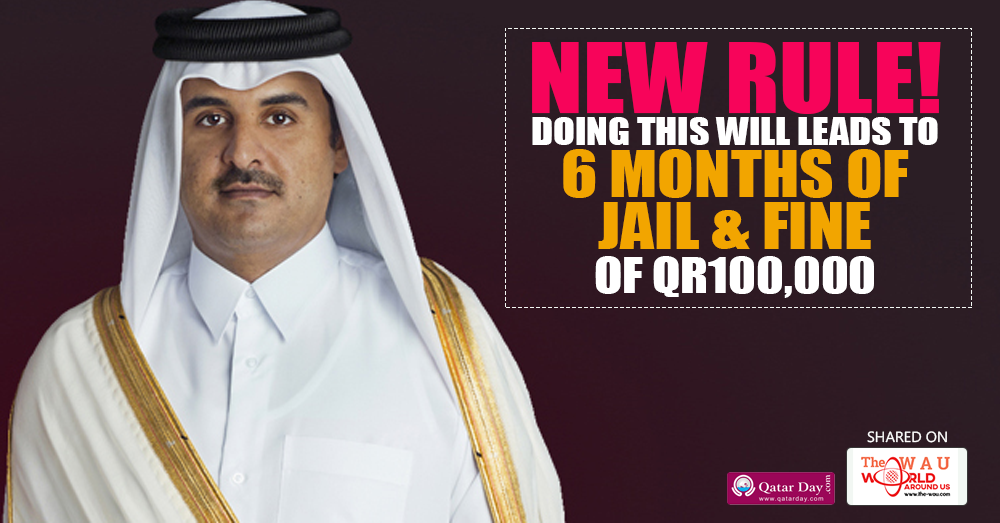 HH the Emir Sheikh Tamim bin Hamad al-Thani passed a law on Tuesday that puts forth that a person who smokes while driving a vehicle having an occupant under the age of 18 is punishable with a maximum fine of QR3,000.