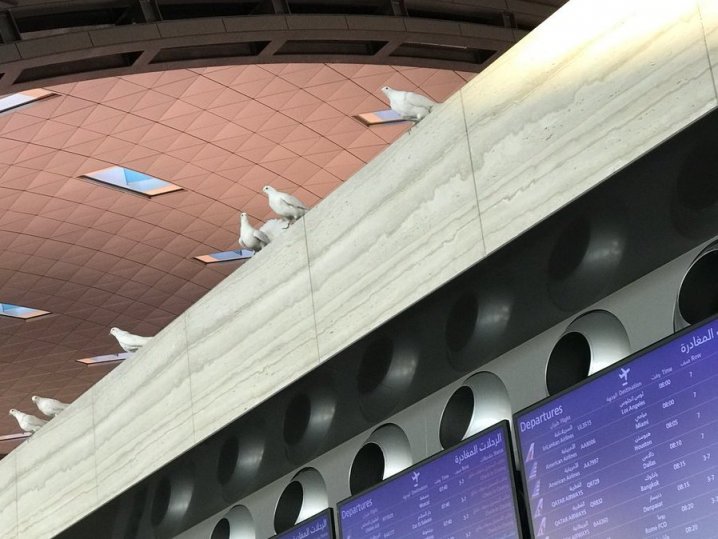 DOHA: How many of you have noticed the white pigeons perched on the wall of the indoor hall on entering the departure lounge at Hamad International Airport? If not do keep an eye out the next time you pass through the hall as these are part of the artwork by the famous Italian artist Maurizio Cattelan.
Maurizio Cattelan is known for his satirical sculptures, particularly La Nona Ora (1999) (The Ninth Hour, depicting Pope John Paul II struck down by a meteorite), Him (2001), and Love Lasts Forever (1997).

Qatar Museums wants to introduce travellers and visitors to the growing culture and art scene in Qatar before they even set foot out of the new Hamad International Airport. With several art installations in place, like the Lamp Bear by Urs Fischer, Small Lie installation by American pop artist and designer KAWS and more.