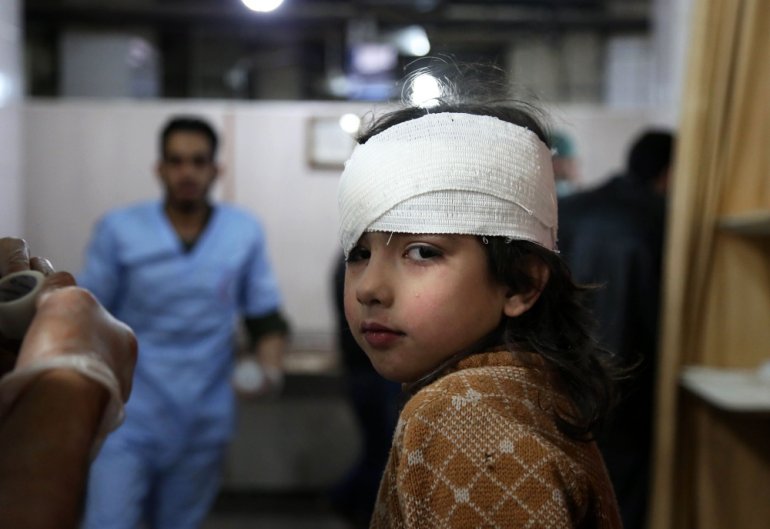 A wounded Syrian girl receives treatment at a make-shift hospital in Kafr Batna following Syrian government bombardments on the besieged Eastern Ghouta region on the outskirts of the capital Damascus on February 21, 2018. AFP / Ammar SULEIMAN

Doha: The State of Qatar expresses its strong denouncement and condemnation of the massacres and intensive aerial bombardments carried out by the forces of the Syrian regime forces in the besieged Eastern City of Al Ghouta, which led to hundreds of deaths and injuries of innocent civilians, most of whom were women and children.

The State of Qatar stressed in the statement made by HE Official Spokesperson of the Foreign Ministry Lulwa Al Khater that “Eastern Ghouta is one of the De-Escalation Zones, and these operations could hinder international efforts to reaching a political solution.”