Home News Qatar reaffirms the central importance of the Palestinian cause and calls for... 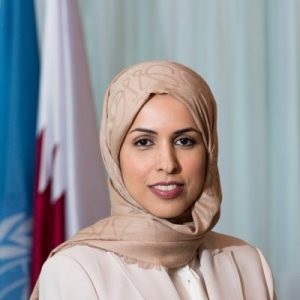 The State of Qatar has reaffirmed the central importance of the Palestinian issue, and that it is an issue that affects security and stability on a large scale, and it is an issue of inalienable rights, and an issue of international responsibility for ensuring these rights and achieving a just, comprehensive and lasting settlement.

This came in a statement sent by Ambassador Sheikha Alya Ahmed bin Saif Al Thani, Qatar’s permanent representative to the United Nations, to the UN Security Council, which held a virtual meeting on “the situation in the Middle East, including the Palestinian issue.”

Her Excellency expressed the State of Qatar’s conviction that a just, lasting and comprehensive peace and settlement of the Palestinian issue in all its aspects must be achieved in accordance with international law, the Charter and United Nations resolutions, stressing that there is no alternative to a consensual peace settlement, through serious negotiations between the Palestinian and Israeli sides, based on The agreed references, resolutions of international legitimacy, the principle of land for peace and the Arab peace initiative, leading to the realization of the two-state solution that entails the establishment of an independent and viable state of Palestine on the 1967 borders with East Jerusalem as its capital, which lives side by side with Israel in security and peace.