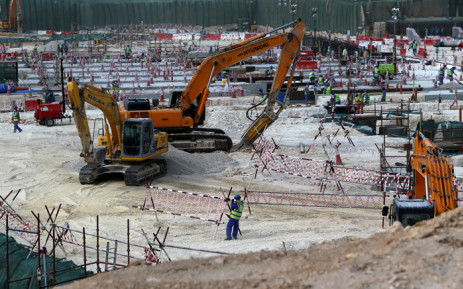 Foreign labourers work at the construction site of the al-Wakrah football stadium, one of the Qatar’s 2022 World Cup stadiums, in May 2015. Picture: AFP.