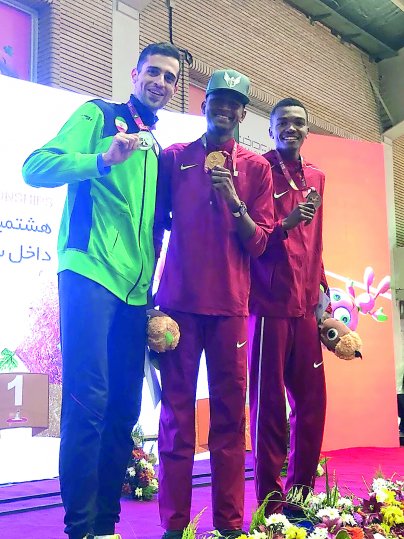 Qatar’s track and field star Mutaz Barshim celebrates winning the gold medal in the high jump event on day one of the 8th Asian Indoor Athletics Championships in Tehran, Iran, yesterday. Barshim, named the IAAF Athlete of the Year at the end of last season, jumped 2.38m to launch his 2018 campaign with a gold medal. Barshim’s team-mate Hamdi Al Amin (2.14m) bagged the bronze. Iran’s Jihani Zahid (2.25m) won the silver medal. In other action, Qatar’s Yasser Salem picked up a gold in the 3000m while Tosin Ogunode bagged a silver in the 60m. Qatar’s Dahlan Al-Hamad, President of the Asian Athletics Federation (AAA), handed over the medals to the winner. More than 350 athletes from 25 countries are featuring in the four-day championship. 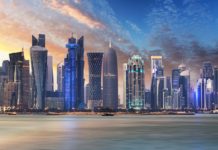