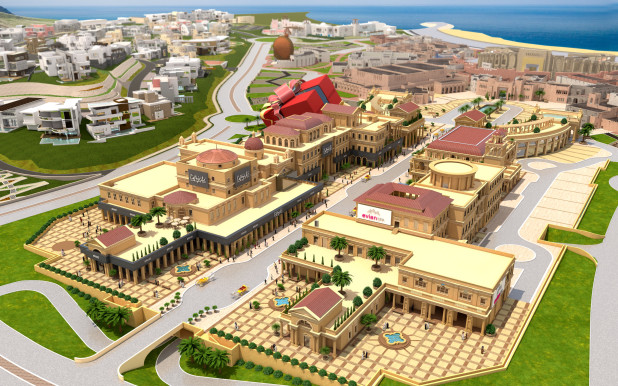 Rendering of beach view of club