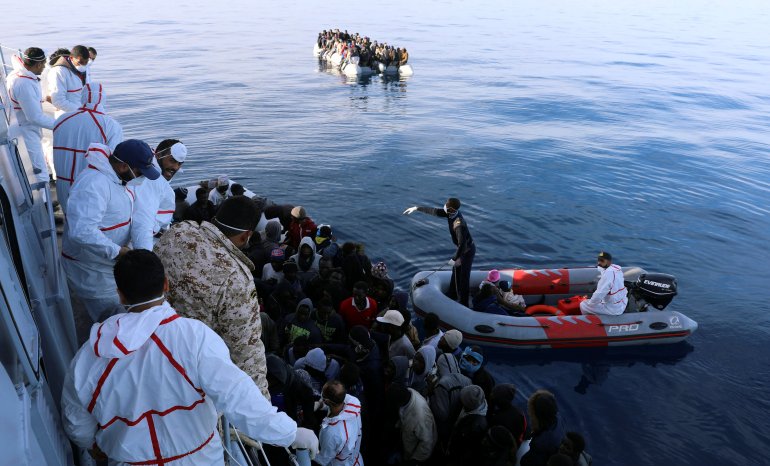 FILE PHOTO: Migrants are rescued by Libyan coast guards in the Mediterranean Sea off the coast of Libya, January, 15, 2018. (Reuters / Hani Amara)

ABOARD THE ASTRAL:  Migrant rescue aid groups said that Italian and British authorities aren’t granting authorization to send 105 migrants to safety more than a day after they were rescued in the Mediterranean Sea.