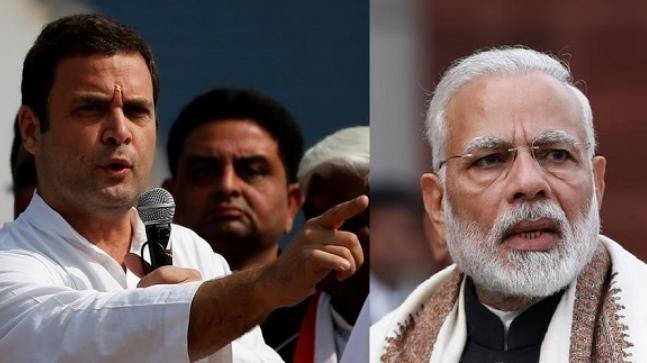 Prime Minister Narendra Modi’s (right) Bharatiya Janata Party (BJP) and the Congress party of Rahul Gandhi have seized upon the data breach storm surrounding Facebook and other media to score political points against one another. (Reuters photos)

New Delhi:  India’s ruling and main opposition parties on Monday accused each other of using social media dirty tricks to mine and share followers’ personal data.

Prime Minister Narendra Modi’s Bharatiya Janata Party (BJP) and the Congress party of Rahul Gandhi have seized upon the data breach storm surrounding Facebook and other media to score political points against one another.