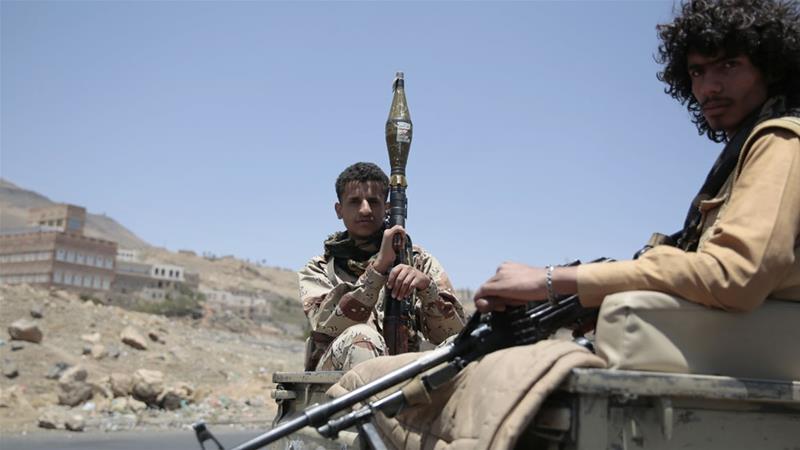 The offensive comes a day after claim by Houthi rebels of attack on Abu Dhabi international airport using a drone.

Aircraft belonging to a Saudi-Emirati military coalition fighting Yemen‘s Houthi rebels have launched air raids on Hodeidah, a city hosting a strategically important seaport which is the main entry point for most of the war-ravaged country’s food aid.

The Houthi-run al-Masirah TV said in a series of tweets on Friday that coalition air strikes had targeted a radio station inside the Red Sea city and a fishing pier. There were no immediate reports of casualties.