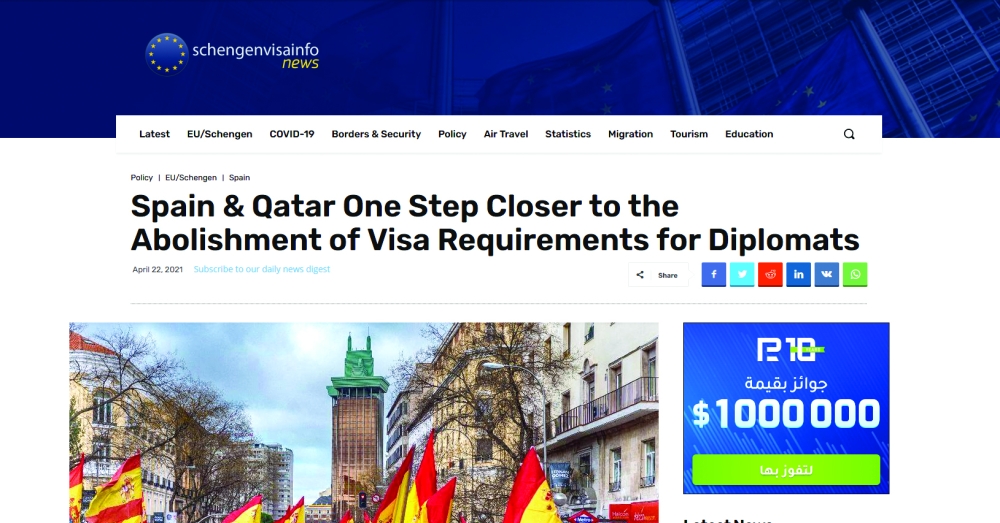 The Spanish Cabinet approved the General Courts Agreement to abolish visa requirements for holders of diplomatic, special and service passports between Spain and Qatar on April 20. The agreement reached aims to support cooperation relations between the two countries as well as to enhance freedom of movement for holders of these passports, according to a report published on the Schengen Visa website.
The proposal to start negotiations to reach the two countries dates back to 2010. However, the talks between the two countries continued for several years until a unified agreement was reached in 2019.
The agreement included 14 articles, including the first article, which stipulates that citizens of both countries who hold diplomatic, service, or private passports can reside in the territories of the other party for a period of up to 90 days within a period of 180 days. Article 2: The agreement includes the Schengen Article, which calculates the time during which a person stayed in the territory of any country in the Schengen area without a visa. Article Three: The agreement stipulates that Spanish nationals who hold a diplomatic passport and a service passport can stay in the territory of Qatar for the same period of time mentioned in the first article. Article 4: The agreement will not exempt the nationals of the two countries from the obligation to request re-issuance of the visa if the person has resided in the country for more than 90 days 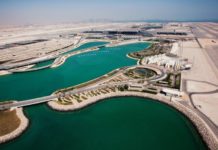