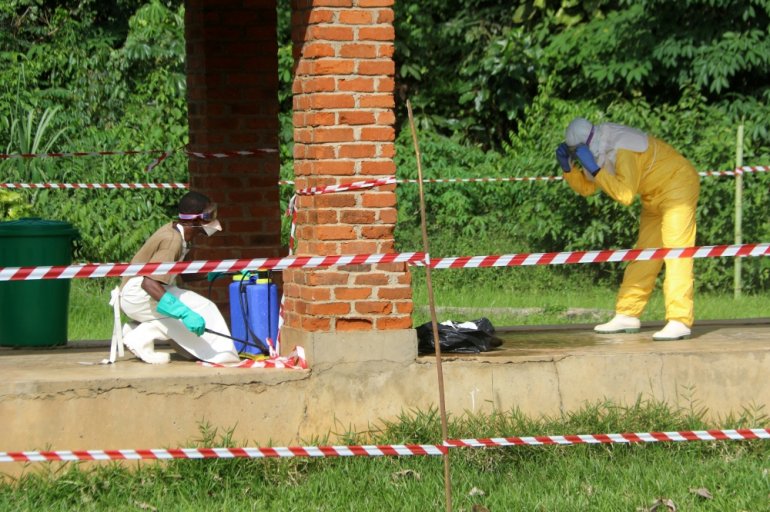 A health worker is sprayed with chlorine after visiting the isolation ward at Bikoro hospital, which received a new suspected Ebola case, in Bikoro, Democratic Republic of Congo May 12, 2018. REUTERS/Jean Robert N’Kengo

GENEVA: The World Health Organization sent the first 4,000 doses of an Ebola vaccine to Congo on Wednesday, the first time the experimental vaccine has been deployed since it was developed during the last big outbreak two years ago.

The vaccine, developed by Merck, is still not licensed but proved effective during limited trials in West Africa in the biggest ever outbreak of Ebola, which killed 11,300 people in Guinea, Liberia and Sierra Leone from 2014-2016.