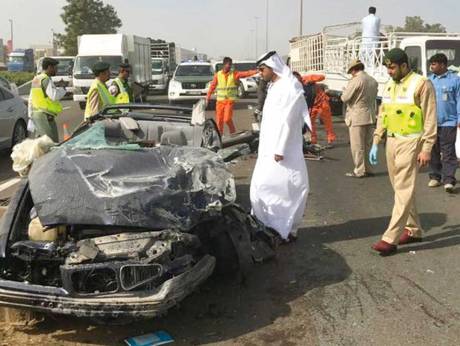 Dubai: A motorist was killed in a traffic accident in Dubai on Saturday morning after his vehicle collided into a stationary pick-up truck.

According to Dubai Police reports, the tragic incident occurred at 9.37am, January 14, 2017, in the area of Ras Al Khor.