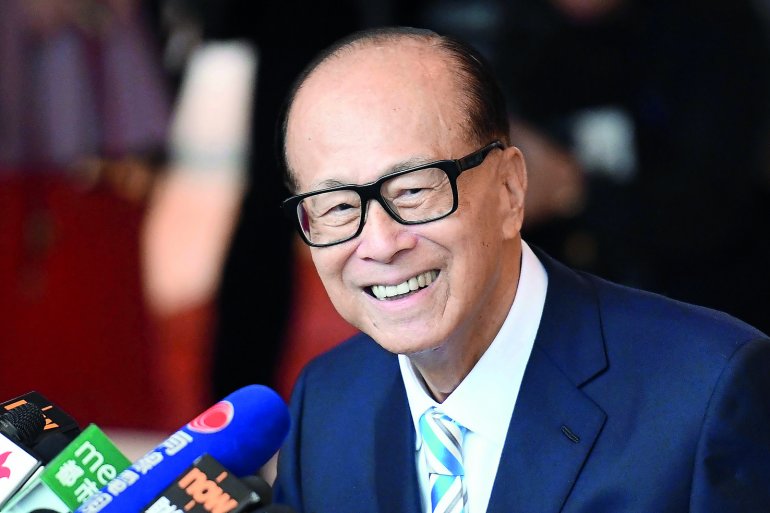 Hong Kong’s richest man Li Ka-shing, 89, speaks to the press after a meeting with shareholders at the Harbour Grand hotel in Hong Kong on May 10, 2018, on the official day of his retirement. AFP / Anthony Wallace

The billionaire earned the nickname “Superman” for his business acumen and was so influential in Hong Kong that residents joked he could prevent typhoons from hitting on working days.

Li’s companies are part of the fabric of Hong Kong life, providing everything from internet services to supermarket chains, while his decisions had the potential to affect property and utility prices for the city’s seven million residents as investors hung on his every word.