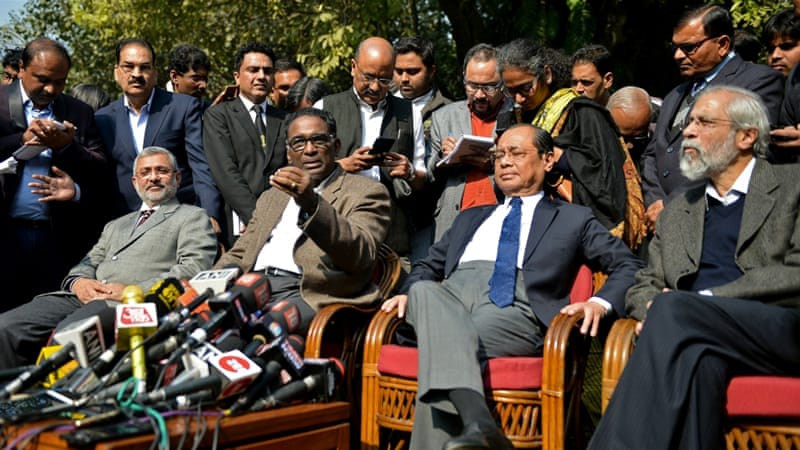 In a press conference on Friday in New Delhi, the first of its kind, they alleged poor administration at the powerful institution and warned that democracy may not survive.