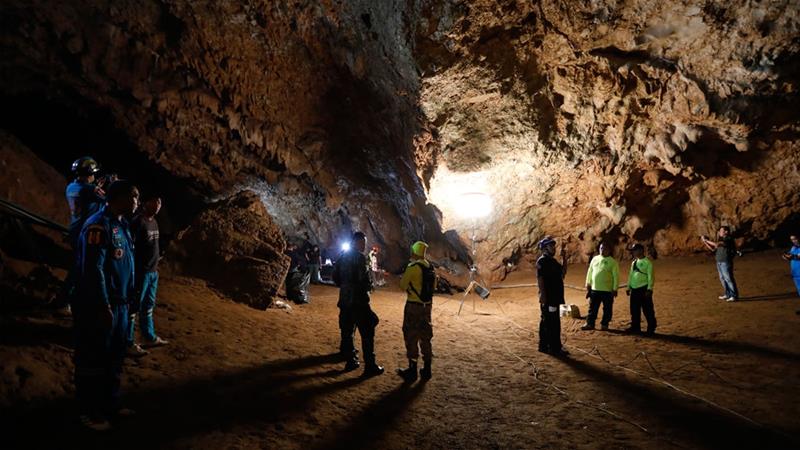 A search and rescue operation for a youth footballteam, who authorities believe are trapped in a flooded cave, has temporarily been halted in northern Thailand amid rising water levels and heavy rain.

The 12 boys aged 11-16, and their 25-year-old coach, who reportedly entered the Tham Luang Nang Non cave in Chiang Rai province on Saturday afternoon, are believed to be alive, officials said on Monday.