Home News The Council of Ministers confirms the continuation of work with the precautionary... 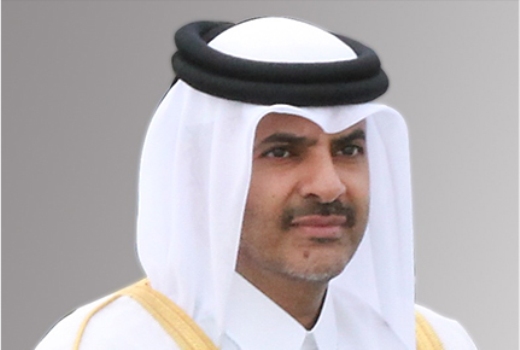 His Excellency Sheikh Khalid bin Khalifa bin Abdulaziz Al Thani, Prime Minister and Minister of Interior, chaired the regular meeting held by the Council this evening through visual communication technology.
After the meeting, His Excellency Dr. Issa bin Saad Al-Jafali Al-Nuaimi, Minister of Justice and Acting Minister of State for
Cabinet Affairs, stated the following: At the beginning of the meeting, His Excellency the Deputy Prime Minister and Minister of Foreign Affairs briefed the Cabinet on the most important political issues and current developments at the regional and international levels, and the bilateral relations of the State of Qatar. With other countries.
The Council then listened to the explanation provided by His Excellency the Minister of Public Health on the latest developments and developments to limit the spread of the Coronavirus (Covid-19), and the Council affirmed the continuation of work with the measures taken and precautionary measures taken in order to combat this epidemic.
After that, the Council of Ministers considered the topics on the agenda as follows:
First – Take the necessary measures to issue a draft law amending some provisions of Law No. (5) of 2015 regarding similar commercial, industrial and public shops and street vendors, after the Cabinet reviewed the Shura Council’s recommendation on the draft law.
Second – Approval of:
1- A draft memorandum of understanding between the government of the State of Qatar and the government of the State of Kuwait in the field of charitable and humanitarian work.
2- A draft agreement for the mutual inclusion and inclusion of lands in the satellite service area between the government of the State of Qatar and the government of the Kingdom of Morocco for the satellite networks organized by Appendices (30/30 A) and Appendix (30 B) of the Radio Regulations 2021.
3- A draft agreement for cooperation in the cultural field between the government The State of Qatar and the Government of the People’s Republic of Bangladesh.
Third – The Cabinet reviewed the seventh report on the results of the work of the Coordination Committee between the entities operating at Hamad International Airport during the period from 1/10/2020 to 3/31/2021, and took the appropriate decision in this regard.
This committee established in the General Civil Aviation Authority, among other things, is responsible for coordinating the work between all the parties operating at Hamad International Airport, to facilitate the operations and activities of air transport and the movement of aircraft, passengers, goods and mail to and from the state, in accordance with the laws and regulations in force, and to provide the necessary requirements To facilitate and facilitate the work of the airport activities. 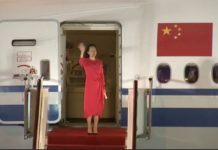