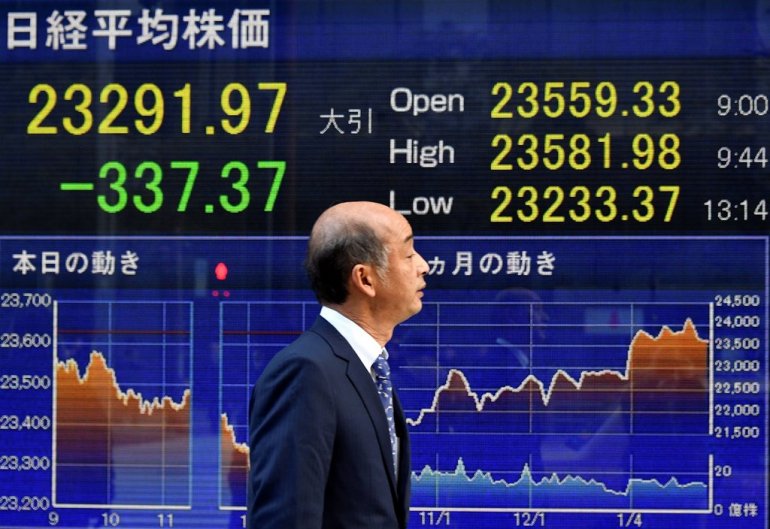 A pedestrian walks past a stock market indicator board in Tokyo, Japan, 30 January 2018. EPA / FRANCK ROBICHON

Tokyo: Tokyo’s benchmark Nikkei index extended its losing streak for the sixth straight day on Wednesday after a sell-off on Wall Street, with investors apparently unfazed over US President Donald Trump’s State of Union address.