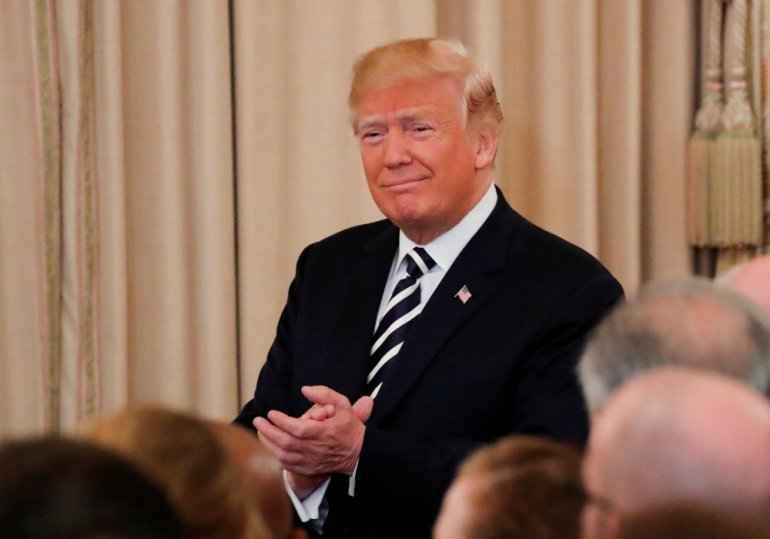 U.S. President Donald Trump arrives for a swearing-in ceremony for U.S. Secretary of State Mike Pompeo at the State Department in Washington, U.S., May 2, 2018. REUTERS/Jonathan Ernst

WASHINGTON: President Donald Trump is making his first visit to the State Department to attend the ceremonial swearing-in of Secretary of State Mike Pompeo.

Pompeo, the former CIA director, is replacing Rex Tillerson, the former Exxon executive fired unceremoniously by Trump in March after months of personality and policy clashes.

Pompeo was confirmed last Thursday, and was officially sworn-in hours later by Supreme Court Justice Samuel Alito before he embarked on his first foreign trip as secretary.