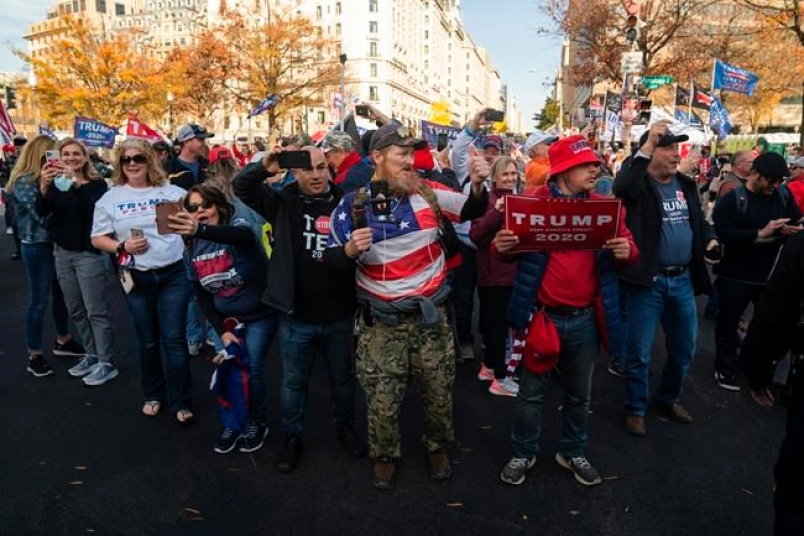 President Donald Trump’s supporters gathered in Washington on Saturday for a protest to back his unsubstantiated claims of election fraud as he pushes ahead with a flurry of longshot legal challenges to overturn Joe Biden’s election victory.

Trump made a brief drive-past through the demonstrations in his motorcade on Saturday as supporters, many waving “MAGA” – or “Make America Great Again” – flags, cheered.