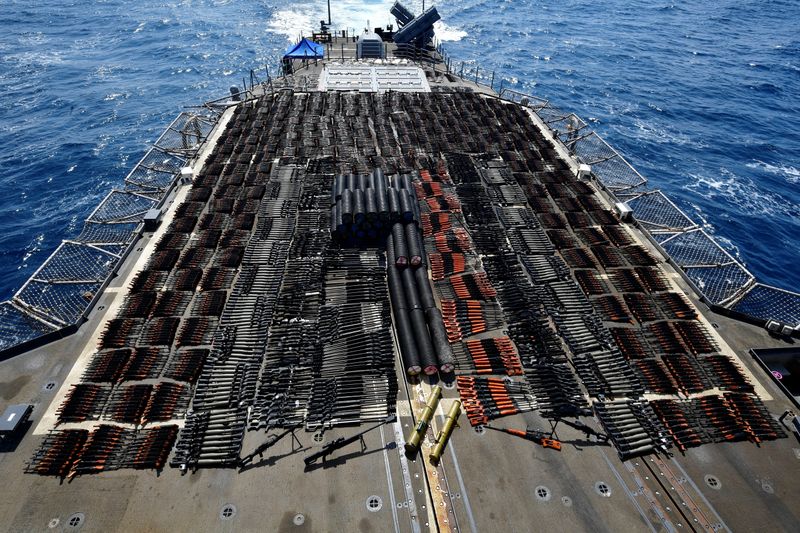 CAIRO (Reuters) – The U.S. Navy’s Fifth Fleet said on Saturday that the guided-missile cruiser USS Monterey (CG 61) seized an illicit shipment of weapons from a stateless dhow in international water of the North Arabian Sea on May 6-7.