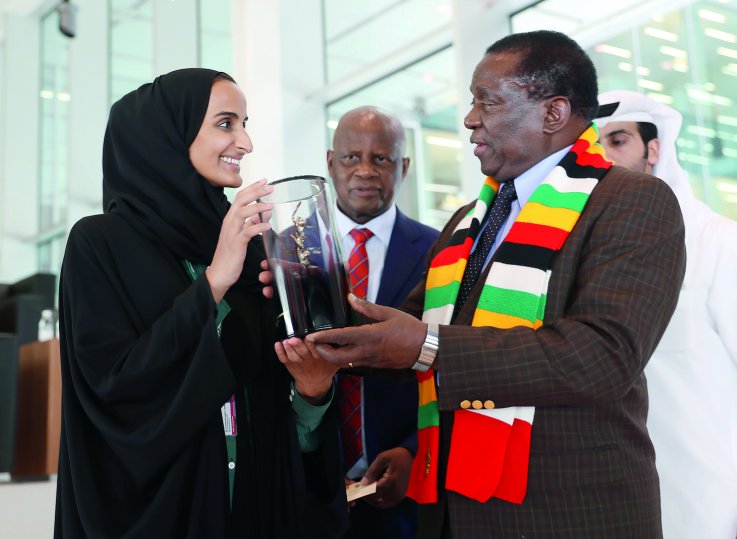 Doha: President of the Republic of Zimbabwe, Emmerson Mnangagwa, praised the State of Qatar’s preparations for hosting the 2022 World Cup for the first time in the Arab world and the Middle East region, expressing his admiration of the legacy plans of the Supreme Committee for Delivery and Legacy (SC), which aim to benefit from hosting the showpiece in terms of boosting human capacities in Qatar and the region.

Speaking during a visit to SC headquarters yesterday, the President reaffirmed the significant role that football can play in enhancing the understanding between peoples and cultures, especially in the World Cup, referencing the great opportunity that the South Africa World Cup offered to Africa in 2010 to showcase the bright sides of the African culture’s different components.