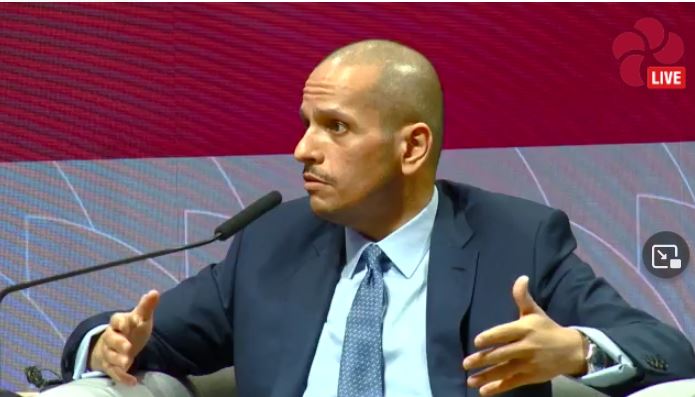 HE Deputy Prime Minister and Minister of Foreign Affairs Sheikh Mohammed bin Abdulrahman Al Thani affirmed that Israel’s accusation of Qatar of financing some terrorist organizations is part of a misinformation campaign that Qatar has been exposed to, noting that Qatar has spent 1.4 billion dollars for the reconstruction of Gaza since 2012 and Israel knows how to Spending, His Excellency said: What we see is a new page in the Gulf region, and this is something we welcome, noting Qatar’s readiness to host the 2022 World Cup.

His Excellency said – in an interview with CNBC, within the activities of the St. Petersburg International Economic Forum today, Friday – that the main reason for not starting normalization with Israel is the continuation of the Israeli occupation, stressing that Qatar will continue to support the Gaza Strip humanitarianly in accordance with international frameworks, and added: We are doing everything What we can to rebuild the infrastructure in the sector.

His Excellency the Deputy Prime Minister said: Everything that is happening in Gaza is terrible and a kind of incitement.. On the Qatari vision for a solution, he said: There is consensus on the Arab initiative and the Quartet committee to resolve the conflict in the Middle East.