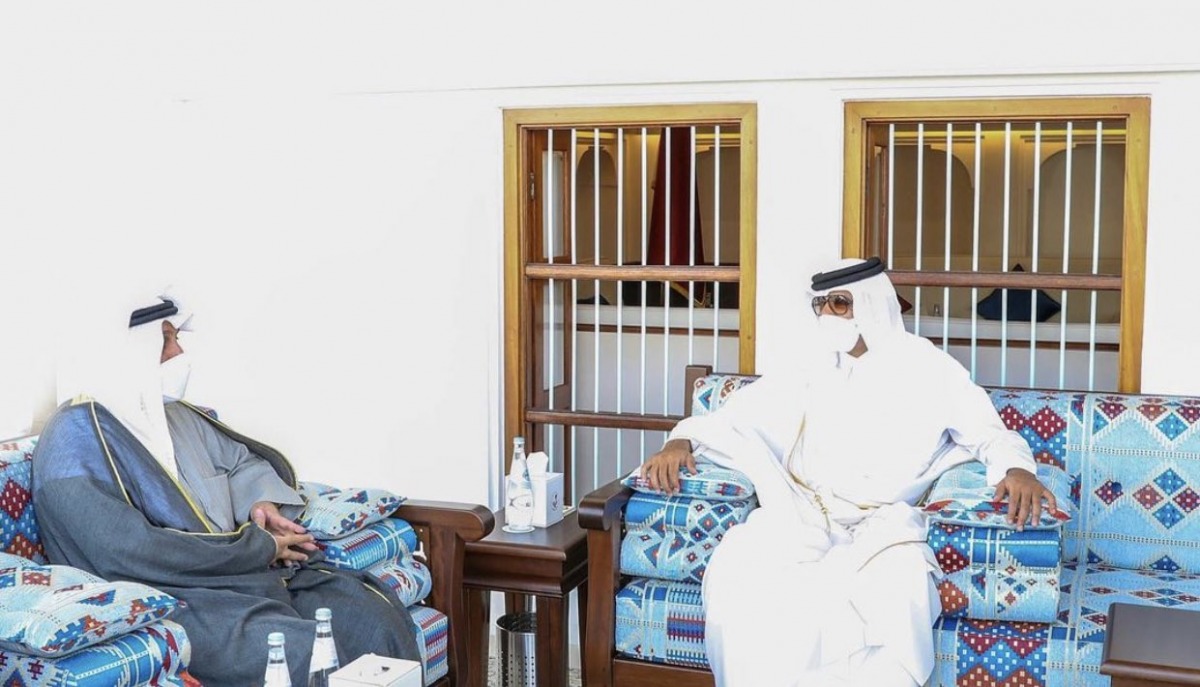 His Highness Sheikh Tamim bin Hamad Al Thani, the Emir of the country, received at the Emiri Diwan this morning His Excellency Sheikh Hamad Jaber Al-Ali Al-Sabah, Deputy Prime Minister and Minister of Defense of the sisterly State of Kuwait and the accompanying delegation, on the occasion of his visit to the country to attend the opening ceremony of the “Sabah Al-Ahmad Corridor” which Will take place this evening.

At the beginning of the interview, His Excellency the Kuwaiti Deputy Prime Minister and Minister of Defense conveyed the greetings of His Highness Sheikh Nawaf Al-Ahmad Al-Jaber Al-Sabah, Emir of the sisterly State of Kuwait to his brother, His Highness the Emir of the country, and his sincere thanks for naming the late His Highness Sheikh Sabah Al-Ahmad Al-Jaber Al-Sabah on the axis Sabah Al-Ahmad, “and wished him continued success and prosperity, and the Qatari people.”

For his part, His Highness the Emir Al-Moufdi, His Excellency Sheikh Hamad Jaber Al-Ali Al-Sabah, conveyed his greetings to his brother, Emir of the State of Kuwait, and wished him good health and wellness and the brotherly Kuwaiti people for continued development and growth.