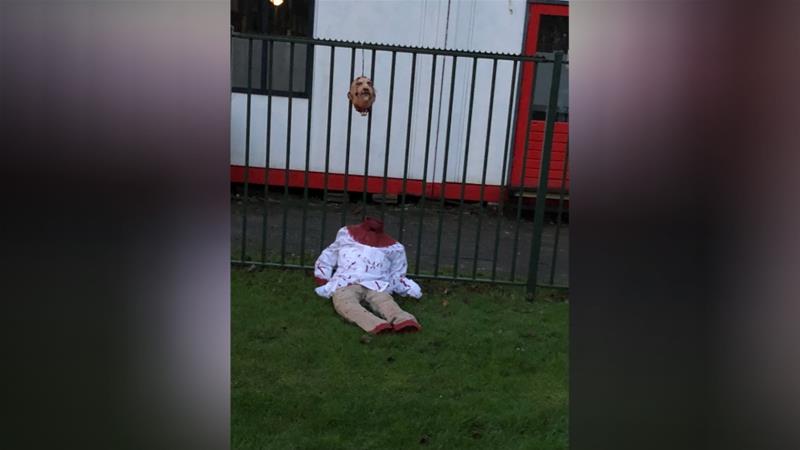 A decapitated doll was left at a mosque in Amsterdam, police said, in an Islamophobic act that has shocked the Muslim community in the Netherlands.

The head was hung by a rope from a fence above the doll’s “bloodstained body”, pictures showed, and a note was left warning against “Islamisation” in the Netherlands.

An employee of Emir Sultan Mosque found the doll as he opened the place of worship on Thursday morning, and reported it to the police.