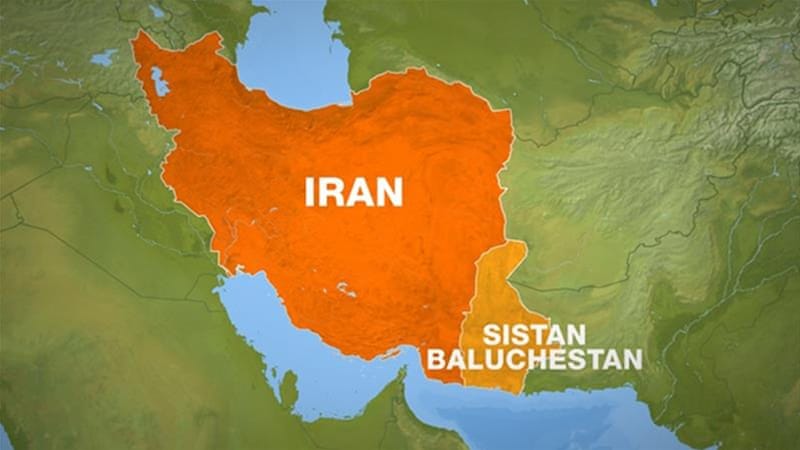 At least five people, including two Iranian security forces personnel, have been killed in clashes with fighters in southeastern Iran, near the border with Pakistan, Iran’s state-run IRNA news agency reported.