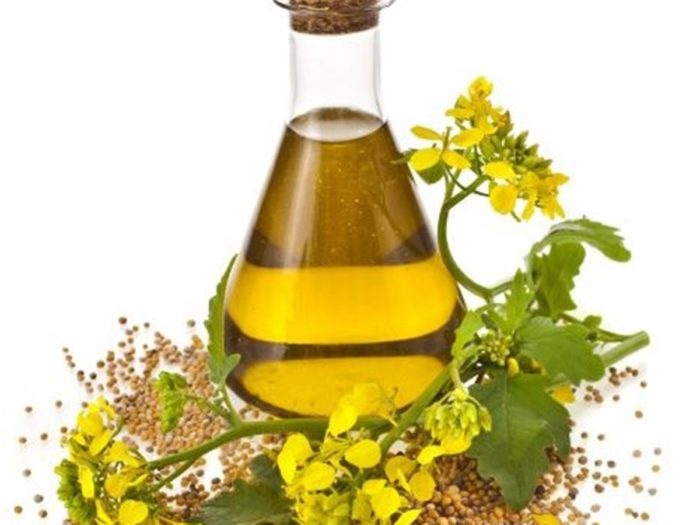 The health benefits of canola oil include its ability to improve heart health, lower cholesterol, protect the skin, strengthen cell membranes, boost energy levels, reduces the risk of cancer, keeps the brain functioning at a high level, and prevents diabetes.

Canola oil is a type of edible cooking oil that most commonly comes from varieties of the rape plant. It also comes from certain varieties of mustard seed. For this reason, canola oil is known in certain areas of the world as rapeseed oil, and typically comes in two varieties, Rapeseed 00 and Double Zero Rapeseed. The name rapeseed (canola) is derived from the Latin root rapum, which means turnip. Turnips, cabbage, rutabaga, and other similar plants are closely related to the two common cultivars of canola oil that are most widely produced and used today. It has been used as a fuel for thousands of years by various cultures throughout history.

Although it is frequently thought of as a Canadian crop, the United States has also become a huge producer and consumer of the crop. The annual production of rapeseed oil/canola oil from around the world is approximately 58 million tons. With the exception of sunflower and safflower oil, canola oil has the highest content of monounsaturated fats among vegetable oils.