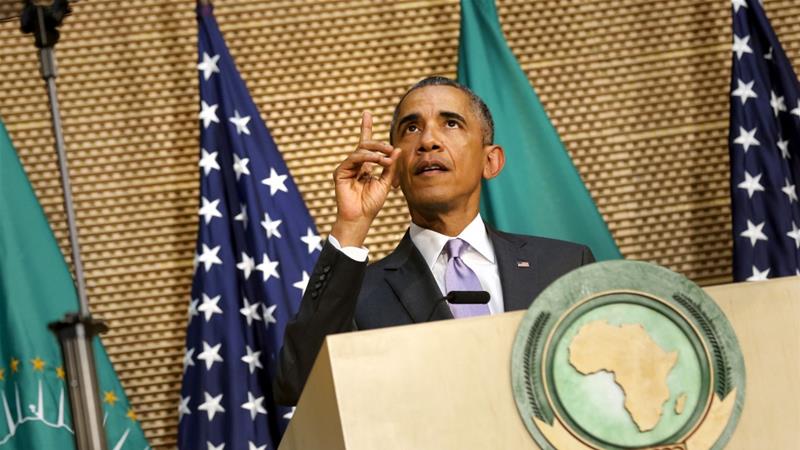 Critics say former US president does not represent Mandela’s legacy and should not be a guest lecturer at annual event.

by Azad Essa
16 hours ago

Pressure has been building on the Nelson Mandela Foundation to withdraw an invitation to former US President Barack Obama who is scheduled to travel to South Africa next month to deliver the NGO’s annual lecture, which this year marks the late anti-apartheid icon’s birth centennial.

In an open letter, the Cage Africa advocacy group said that during his eight-year tenure as president and commander-in-chief of the US army, Obama was directly responsible for a massive expansion of US military operations in Africa, including special operations and drone attacks.