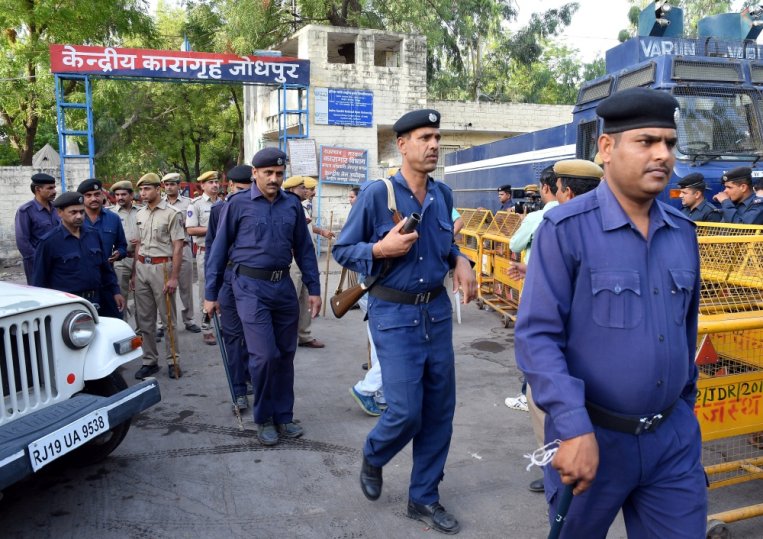 Police patrol outside Jodhpur Central Jail, where Asaram Bapu has been held since September 2013, in Jodhpur in the desert state of Rajasthan, India, April 25, 2018. REUTERS/Stringer

Jodhpur: Self-styled godman Asaram Bapu was on Wednesday convicted by a Jodhpur court for raping a minor girl at his ashram here in Rajasthan in 2013 and sentenced to a life term.

The judgment was pronounced by Special Judge for Scheduled Caste and Scheduled Tribe cases, Madhu Sudan Sharma, inside the Jodhpur Central Jail, where Asaram Bapu is lodged.