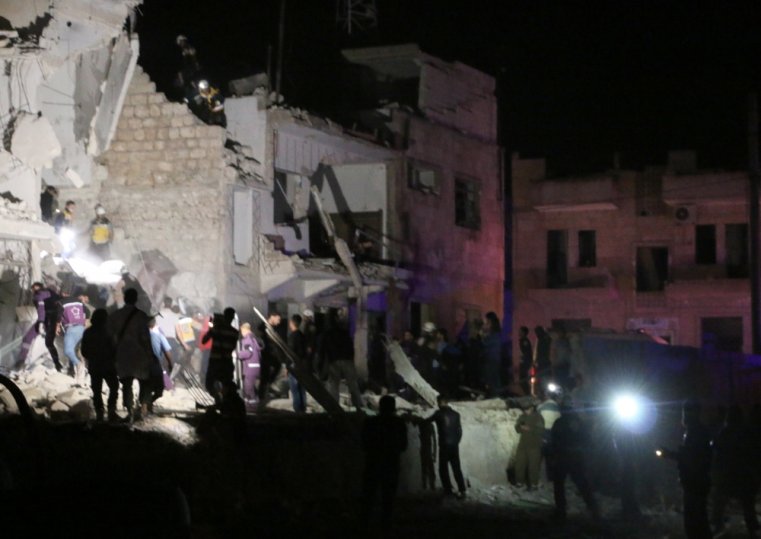 Civil defence crews and locals conduct search and rescue works after a bomb laden car explodes in front of the district hospital near the court house in Idlib, Syria on May 12, 2018. At least 12 people died and 25 injured. Khalaf Joumaa – Anadolu

IDLIB, Syria: At least 12 civilians were killed and another 25 injured in Syria’s Idlib province from a bomb attack on Saturday, according to the White Helmets Civil Defense.

Mustafa Haj Youssef, director of the White Helmets in Idlib, told Anadolu Agency that a bomb-laden car exploded in front of a hospital in the city center.

The blast also damaged nearby houses and vehicles, Youssef added.