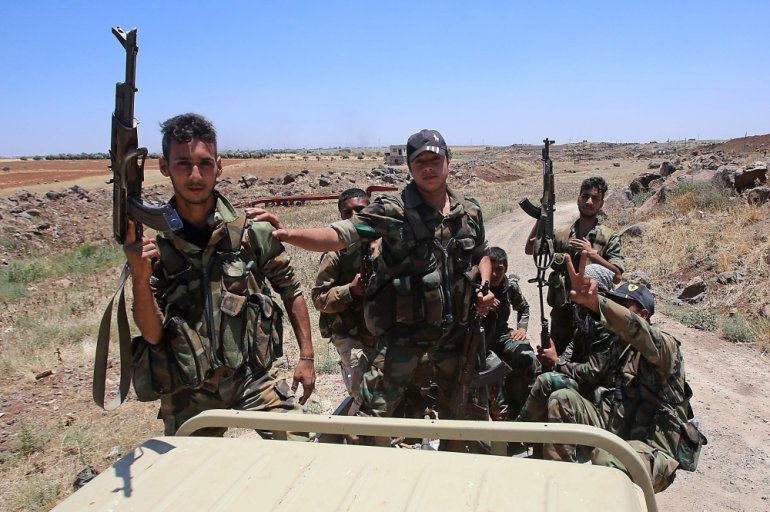 Syrian government forces’ soldiers hold their weapons at the back of a pick-up truck during a government guided tour in the village of al-Sourah, province of Daraa, on June 29, 2018. AFP / Youssef Karwashan

Since June 19, the Damascus regime has pressed a deadly bombardment campaign in southern Syria in a bid to retake the strategic area bordering Jordan and the Israeli-occupied Golan Heights.