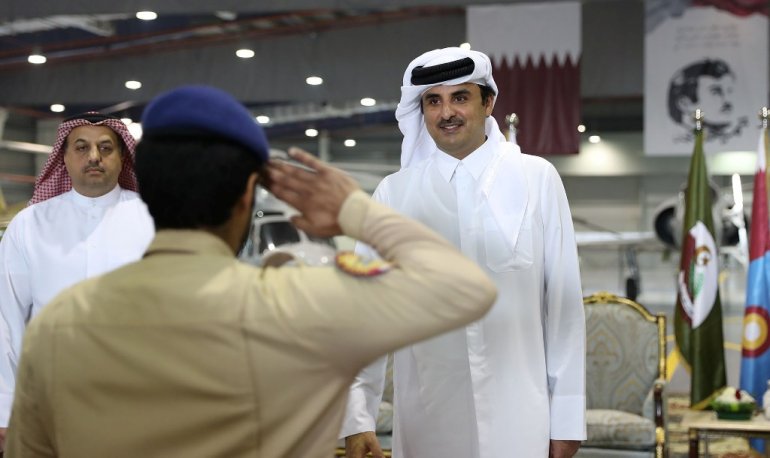 During the visit, the Emir inspected the Qatari Emiri Air Force and the Combined Air Operations Center for the US Central Command.