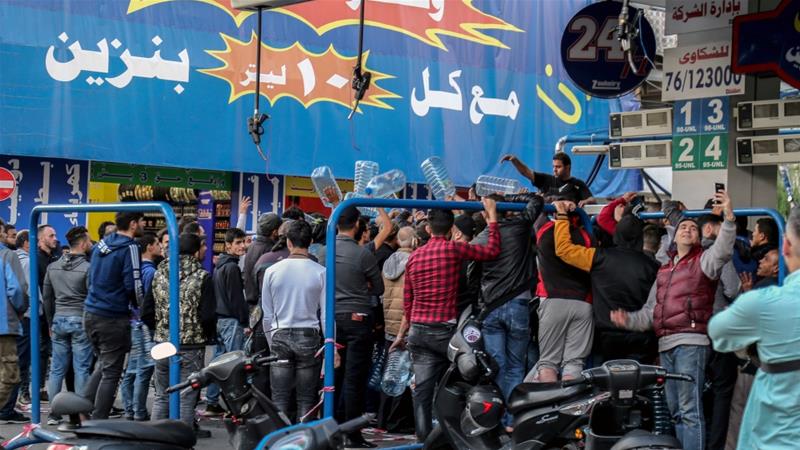 Angry motorists blocked roads with their vehicles in Beirut and other parts of Lebanon on Friday, creating traffic jams to protest a strike by owners of gas stations demanding an increase in gasoline prices as the local currency drops and the nation slides deeper into a financial crisis.

The road closures around Lebanon came as President Michel Aoun headed a meeting of the country’s top economic officials to discuss the rapidly deteriorating economic and financial situation in the country.

Nationwide protests that began on October 17 over widespread corruption and mismanagement have worsened Lebanon’s worst economic and financial crises since the 1975-90 civil war ended, as did the resignation of the government late last month.