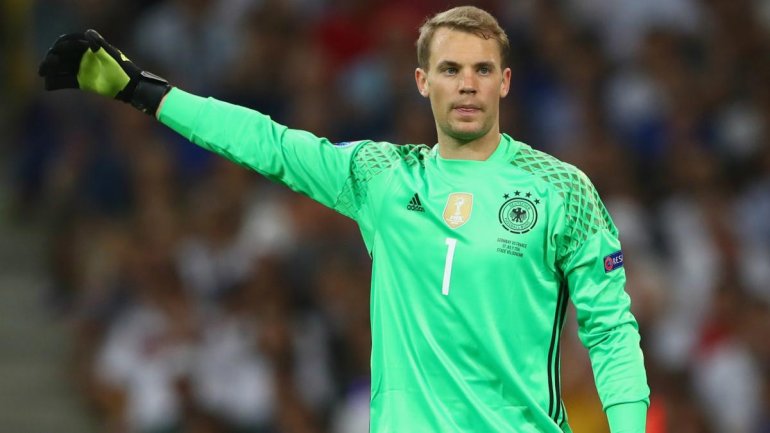 BERLIN: Germany’s biggest concern three months ahead of its World Cup defense is whether captain Manuel Neuer will be fit enough to lead the side in Russia.
The Bayern Munich goalkeeper hasn’t played since September after suffering a repeat of the hairline fracture of the metatarsal in his left foot while training. He was expected to return in January but the rehabilitation program is proving longer than expected – no doubt to minimize the risk of another relapse. Another setback could have far-reaching consequences.
“It’s really important nothing else happens to the foot now – because then it could really be about the career,” Neuer said last Friday.
Neuer, who celebrates his 32nd birthday when Germany hosts Brazil in a friendly on Tuesday, hopes to return for Bayern first.
“My target is not to return to the national team without having played a game,” Neuer said.
Despite being considered the world’s best goalkeeper, Neuer would be a gamble for Joachim Loew, but the Germany coach has indicated he is prepared to take the risk.
“The doctors have reaffirmed that the condition of the scar and bone fusion is absolutely fine,” Loew said before the side’s 1-1 friendly draw with Spain on Friday.
“I assume and am very optimistic that Manuel will be at the World Cup.”

GOALKEEPING DILEMMA
Though many German fans feel the presence of Neuer is a prerequisite for a successful title defense, his backups are well capable of filling in.
Marc-Andre ter Stegen has overcome a shaky start to his Germany career to establish himself as the No. 1 in Neuer’s absence. The former Borussia Moenchengladbach goalkeeper is thriving at Barcelona and showed his quality in helping Germany win the Confederations Cup last year.
“He exudes calmness and has a good overview of the game,” Loew said. “He has made a huge jump forward in the last two years.”
It could well be that Neuer returns and will have to make do with a place on the bench with the 25-year-old ter Stegen keeping his spot.
Germany also has reserve goalkeepers Bernd Leno of Bayer Leverkusen and Kevin Trapp of Paris Saint-Germain, while Sven Ulreich has been pushing for a call-up after filling in impressively for Neuer at Bayern.