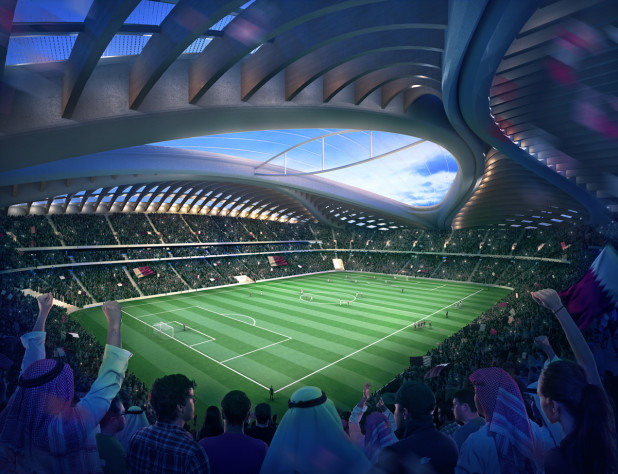 With six years left before Qatar hosts the 2022 World Cup, construction crews are hard at work on the tournament stadiums.