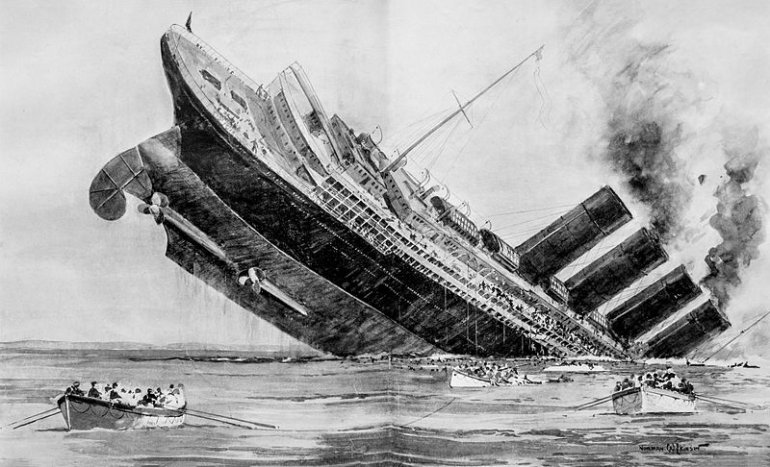 Sinking of the Lusitania. Engraving by Norman Wilkinson, The Illustrated London News, May 15, 1915. P. 631. (Wikimedia Commons)

By Rod McGuirk I Associated Press

CANBERRA, Australia:  A four-year search of the depths of the Indian Ocean has failed to locate Malaysia Airlines Flight 370. But the unprecedented sonar seabed hunt for the missing airliner might be close to solving two 19th century mysteries – the locations of two sailing ships that vanished with cargos of coal.

Maritime historians on Thursday published a short list of possible identities of two shipwrecks found in the course of the initial 710,000 square kilometer (274,000 square mile) three-year search for the Boeing 777 that was lost in 2014 with 238 people aboard.

The wrecks were found in 2015 seven months and 36 kilometers (22 miles) apart, 2,300 kilometers (1,440 miles) southwest of Australia in debris fields scattered with coal more than 3.7 kilometers (2.3 miles) below the ocean’s surface.