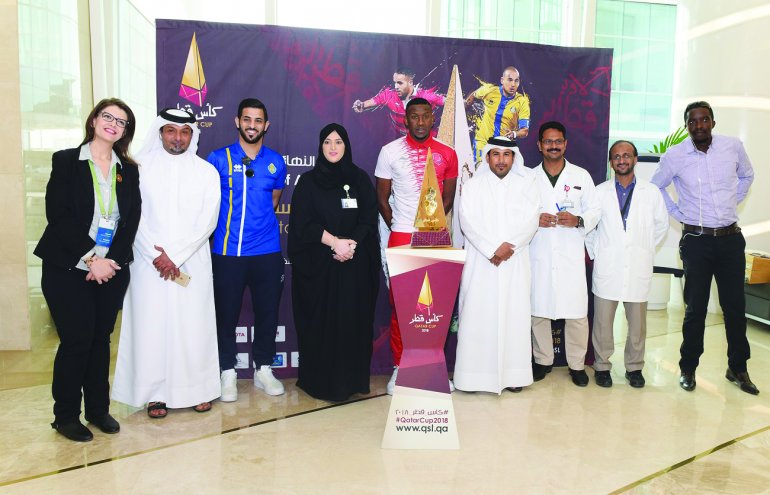 The members of the Qatar Stars League, with HMC officials, during their visit to Hamad bin Khalifa Medical City with the Qatar Cup.

Previously called the Heir Apparent Cup, the Qatar Cup is one of the major sporting highlights of the Qatari football calendar, showcasing the top four teams in the league.

The delegation from the Qatar Stars League visited the new Medical City hospitals – the Qatar Rehabilitation Institute (QRI), the Ambulatory Care Center (ACC), and the Women’s Wellness and Research Center (WWRC) – on April 16 and took the opportunity to tour the new facilities while also meeting with staff, patients, and visitors.