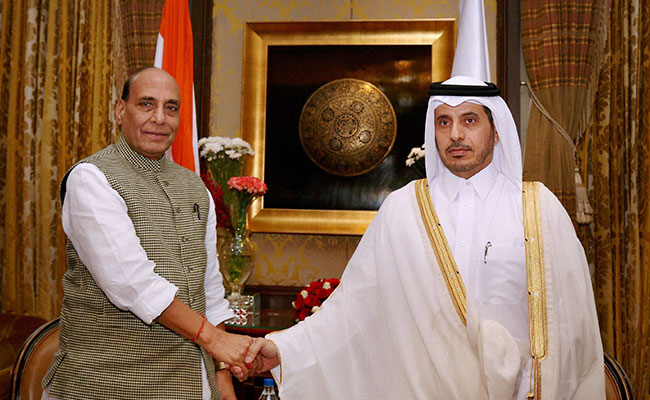 This was agreed upon during a meeting between Qatari Prime Minister Sheikh Abdullah Bin Nasser Bin Khalifa Al Thani and Home Minister Rajnath Singh in Delhi on Saturday.

The Prime Minister, who holds the Interior Ministry portfolio, invited Mr Singh to Qatar to strengthen bilateral security cooperation as the country prepares to host the FIFA World Cup 2022.