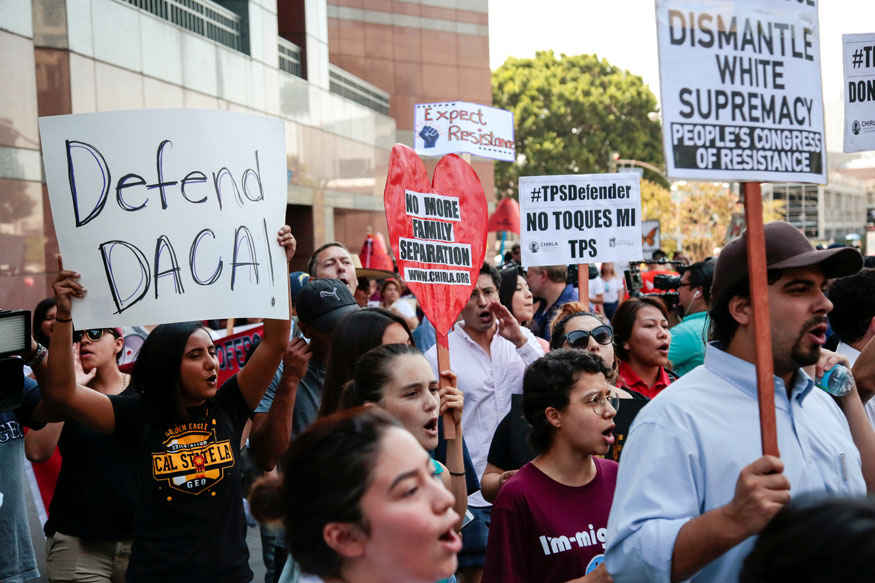 US Attorney General Jeff Sessions on Tuesday announced the rescinding of the Deferred Action for Children Arrival (DACA), an Obama-era amnesty programme that granted work permits to immigrants who arrived in the country illegally as children.

Protesters gather to show support for the Deferred Action for Childhood Arrivals (DACA) program recipient during a rally outside the Federal Building in Los Angeles, California.(File photo/Reuters)

Washington: Thousands of people from India, who arrived in the US illegally as children, are fearing deportation after President Donald Trump’s decision to repeal the Deferred Action for Childhood Arrival (DACA) programme, a South Asian Advocacy group has said.

The number of such people from India, could be more than 20,000, according to an estimate carried out by South Asian Americans Leading Together (SAALT).