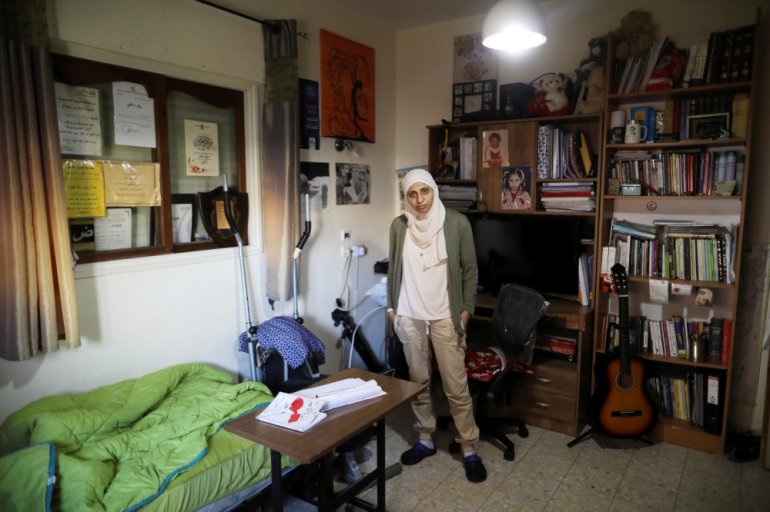 Arab-Israeli poet Dareen Tatour, 35, poses for a picture during an interview with Reuters at her house in Reineh, northern Israel September 26, 2017. Reuters/Ammar Awad

By Maayan Lubell I Reuters

JERUSALEM:  An Israeli court on Thursday convicted an Arab poet of online incitement to terrorism for using a poem as the soundtrack to images of Palestinians in violent confrontations with Israeli troops.

Dareen Tatour, 36, posted to Facebook and YouTube a video of herself reading out her poem “Resist, My People, Resist”, accompanying footage of masked Palestinian youths throwing stones and firebombs at Israeli soldiers.

It was published in October 2015 during a wave of deadly Palestinian street attacks on Israelis. The Israeli-Arab poet was arrested a few days later, and prosecutors said her post was a call for violence.