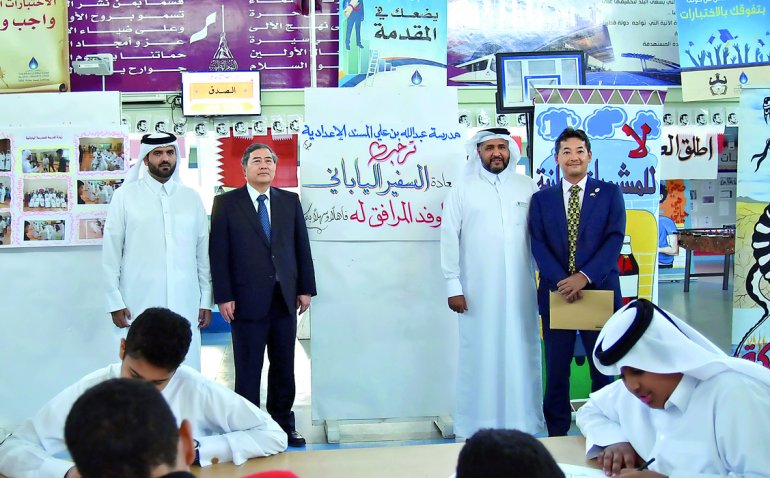 Japan’s Ambassador to Qatar, Seiichi Otsuka, with other officials during a visit to a school in Qatar to deliver pictures and calligraphies drawn and written by pupils in Asa town, Hiroshima city, Japan.

Toshiaki Hato, Managing Director of Doha Office of Marubeni Corporation, who has been supporting the activities of the Qatar Association in Asa community and Hamad Ali from Public Relations Department of Qatargas, were present.