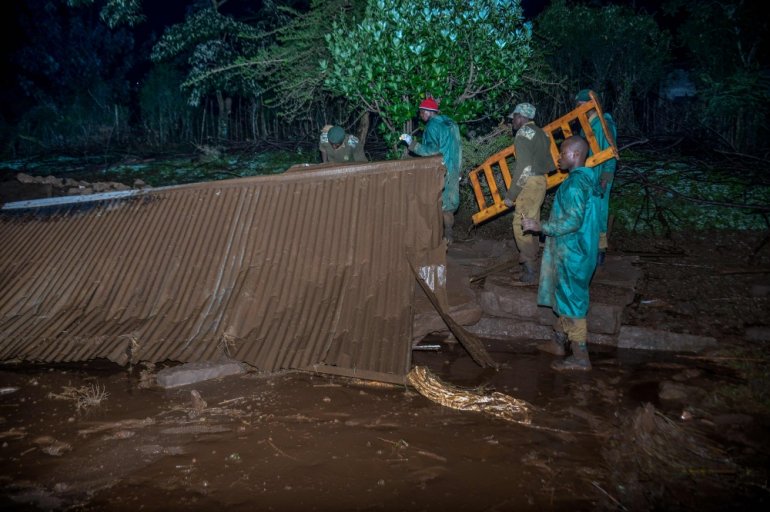 Volunteers search for survivers in a residential area after Patel dam burst its bank at Solai, about 40 kilometres north of Nakuru, Kenya, on May 10, 2018. AFP

Nairobi: At least 20 people died when their homes were swept away after a dam burst in southern Kenya following heavy rains, police said Thursday.

The incident in Solai, near the Rift Valley city of Nakuru, occurred Wednesday evening, regional police chief Gideon Kibunjah told AFP by telephone, adding that 36 people had been hospitalised.

“More bodies have been recovered raising the death toll to 20,” Kibunjah said, updating an earlier toll of 11.