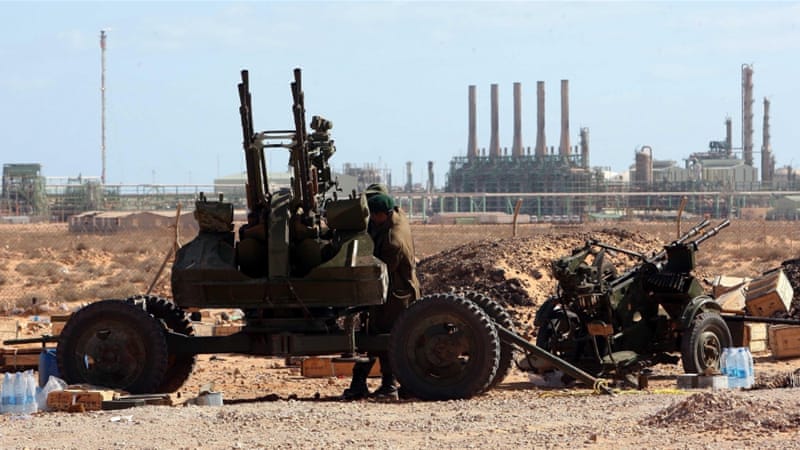 The self-styled Libyan National Army (LNA) loyal to renegade general Khalifa Haftar have mobilised to drive out rival groups from the country’s northeastern oil crescent, according to security forces in Ajdabiya.

Haftar’s LNA announced on Sunday a “major offensive” after his forces lost control on Thursday of the Ras Lanuf and Al-Sidra oil terminals – located about 650km east of Tripoli – to armed groups that attacked the area.