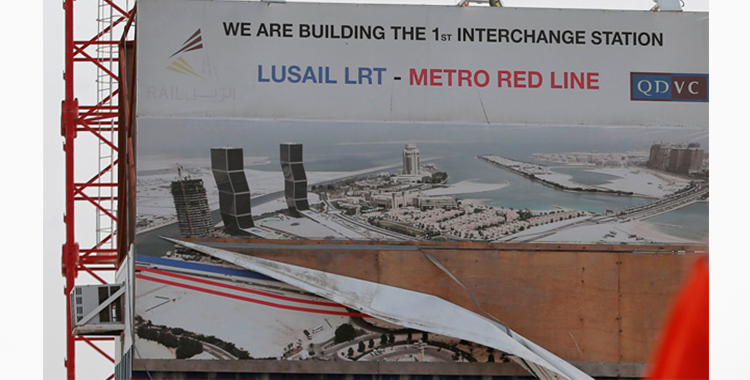 Qatar’s metro, once completed, will run hundreds of kilometres across ultra-modern Doha, along the coast and into its expanding suburbs. But whether car-mad Qataris will actually use it remains an open question.

Driverless three-car trains are to serve 100 stations, easing into gleaming newly-built destinations with names such as Ras Bu Fontas, Al-Shaqab and Legtaifiya. Now the main task for those behind the approximately $18-billion project—in a country where car is king—is to ensure it draws enough passengers to justify the huge outlay. “We are not a culture that is used to the metro, not like Europe,” said Khaled Al-Thani, a civil engineer with Qatar Rail, the stateowned company responsible for the metro. “This is all new for us.” The Doha Metro is a massive venture even by the standards of the energy-rich Gulf desert emirate where infrastructure mega-projects are commonplace.