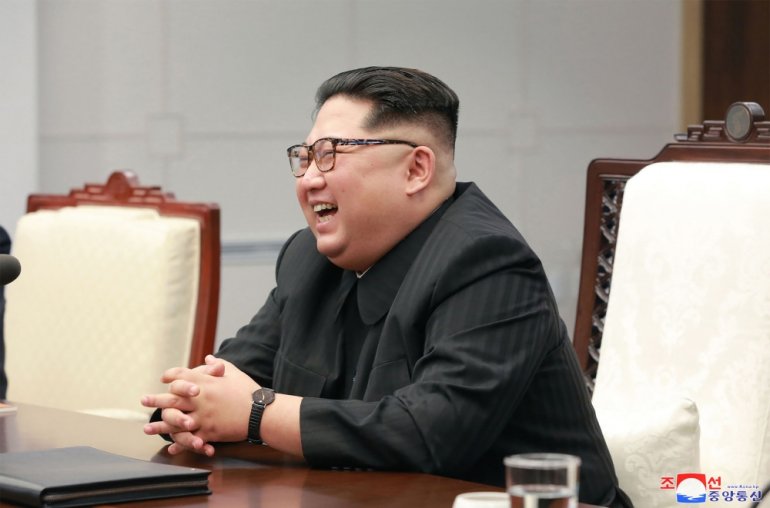 This picture taken on April 27, 2018 and released from North Korea’s official Korean Central News Agency (KCNA) on April 29, 2018 shows North Korea’s leader Kim Jong Un speaking with South Korea’s President Moon Jae-in (unseen) during the Inter-Korean summit in the Peace House building on the southern side of the truce village of Panmunjom. AFP PHOTO/KCNA VIA KNS

Seoul: North Korea promised to close its atomic test site next month and invite US weapons experts to the country, Seoul said Sunday, as Donald Trump expressed optimism about securing a nuclear deal in his summit with the secretive regime.

The reported pledge from the North’s leader Kim Jong Un follows weeks of whirlwind diplomacy that saw Kim and South Korean President Moon Jae-in agree to pursue the complete denuclearisation of the peninsula during a historic summit on Friday.